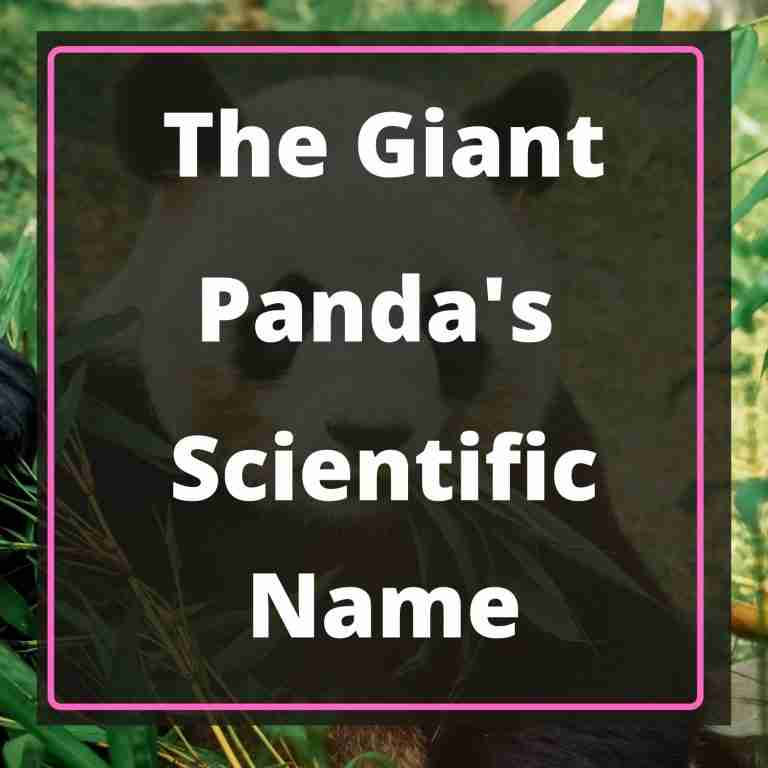 You might be amazed to know that the scientific name of a giant panda is Ailuropoda melanoleuca.

A bit complicated, right? Since the scientific name of a giant panda sounds hard to understand, you might be curious to know what it means. Let’s see what’s the meaning of Ailuropoda melanoleuca!

What Does the Giant Panda’s Scientific Name Mean?

The scientific name of a giant panda literally means “cat-footed, black-and-white animal.” The genus name Ailuropoda is derived from the Greek term aílouros that stands for “cat”, and podós, meaning “foot”.

Whereas, the species name melanoleuca is formed from the combination of two ancient Greek terms melano and leukos, which means “black” and “white” respectively.

Take Note: The first part of a scientific name (i.e. genus) always begins with a capital letter. Whereas, the second part (i.e. species) starts with a small letter.

How to Pronounce the Giant Panda’s Scientific Name?

The scientific name of giant pandas is hard to pronounce. If you face difficulty while saying the name, do watch the video below.

What is the Scientific Classification of the Giant Panda?

Classification or taxonomy (as it is called scientifically), is the science of placing organisms into five kingdoms, among which the one for animals is called Kingdom Animalia or Animal kingdom.

There are further sub-categories in the Animal kingdom based on common features that include Phylum, Class, Order, Suborder,  Family, Subfamily and Genus.

Based on the above information, let’s see the classification of giant pandas.

In this article, we have learned the scientific name of giant pandas. Cute pandas are scientifically known as Ailuropoda melanoleuca, which means “cat-footed, black-and-white animal.” To learn how to pronounce this difficult name and know more about the classification of pandas, do read this article. Thank you!